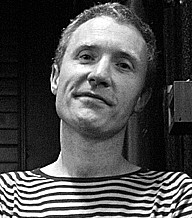 John McCrea has been drawing comics for 24 years; during that time, he has worked for every Western mainstream publisher including the big two: Marvel and DC. He has drawn Batman, Superman, Wonder Woman, the Hulk, Spider Man, Daredevil, Wolverine, Star Wars, Judge Dredd and the Simpsons amongst others. On the side he has worked as an illustrator in book, record and magazine publishing and design and story boarding for movies. On the other side, he teaches in schools and colleges and has an ongoing class in comic art through Hi8us, a sister company to Maverick Television. He has also worked with charitable organisations and local authorities producing comics spotlighting issues such as drug abuse, homelessness, safe sex and proper foot care!