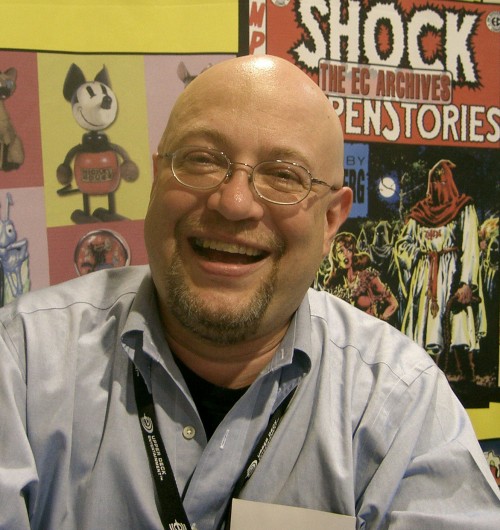 In comics, I am the creator of the horror properties Zombie-Proof (with Vincent Spencer), Vampire, PA, and Bedtime Stories For Impressionable Children, and the upcoming Dead Inspector and The Fires of Moonlight, the private detective series McCandless & Company, the romance anthology Twenty-First Century Romances, the Harvey Award-nominated Antiques: The Comic Strip (with Brendon & Brian Fraim), and the soon-to-be-announced Return of the Human and the upcoming Personals (both with Eisner, Inkpot, Mucker, Gem, and Speakeasy Award-winner and Harvey Award- and Ignatz Award-nominee Mark Wheatley).

My work has been profiled in Emmy magazine, TV Guide, and 24 Magazine and other periodicals, as well as on comic industry outlets such as ComicBookResources.com, Newsarama, ComicsBulletin.com, ComicMonsters.com, Comcs2Film, Fanboy TV, First Comics News, The Pulse and others.

I serve as Associate Publisher and Executive Editor of Gemstone Publishing, which is best known as the home of The Overstreet Comic Book Price Guide and the Scoop email newsletter, which has put me in a position to network with the industry leaders in producing, publishing, and distributing new comics, the key players in the vibrant market for vintage, rare, high end back issues, and the innovative creators who continue to capture Hollywood’s attention. This has also put me in place to facilitate a significant number of projects in which I was not directly involved, as well. With the recent spate of seven-figure comic book sales, I have been a frequent source for the Associated Press, The New York Daily News, and other wire services.