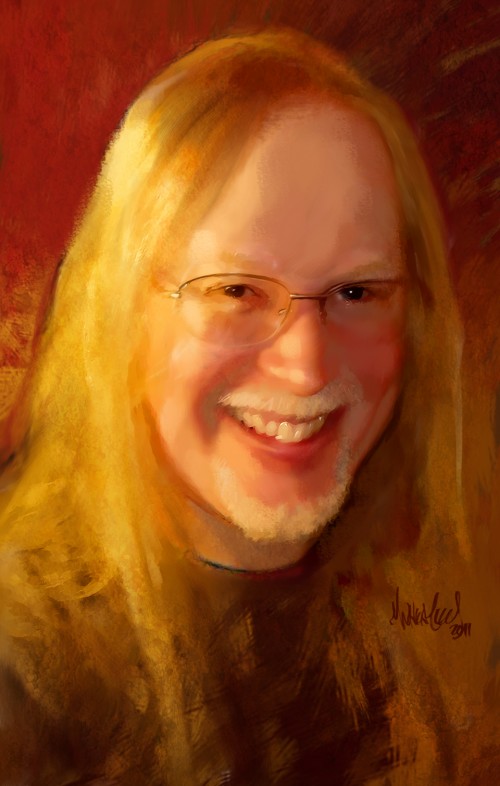 Mark Wheatley holds the EISNER, INKPOT, MUCKER, GEM and SPEAKEASY awards and nominations for the HARVEY award and the IGNATZ award. His work has been repeatedly included in the annual SPECTRUM selection of fantastic art and has appeared in private gallery shows, The Norman Rockwell Museum, Toledo Museum of Art, Huntington Art Museum, Fitchburg Art Museum, James A. Michener Art Museum and the LIBRARY OF CONGRESS where several of his originals are in the LoC permanent collection. He has designed for Lady Gaga, created set pieces for The Black Eyed Peas, and contributed designs to the ABC BEAUTY AND THE BEAST television series. Several of his original graphic novels have been optioned for motion pictures with BLOOD OF THE INNOCENT currently in pre‑production. His comic book creations include EZ STREET, LONE JUSTICE, MARS, BREATHTAKER, BLACK HOOD, PRINCE NIGHTMARE, HAMMER OF THE GODS, BLOOD OF THE INNOCENT, FRANKENSTEIN MOBSTER, MILES THE MONSTER and TITANIC TALES. His interpretations of established characters such as TARZAN THE WARRIOR, THE ADVENTURES OF BARON MUNCHAUSEN, JONNY QUEST, DR. STRANGE, THE FLASH, CAPTAIN ACTION, ARGUS and THE SPIDER have brought them to life for a new generation of readers. He has written for TV, illustrated books, designed cutting-edge role-playing games, hosts a weekly radio program, and was an early innovator of the on-line daily comic strip form.