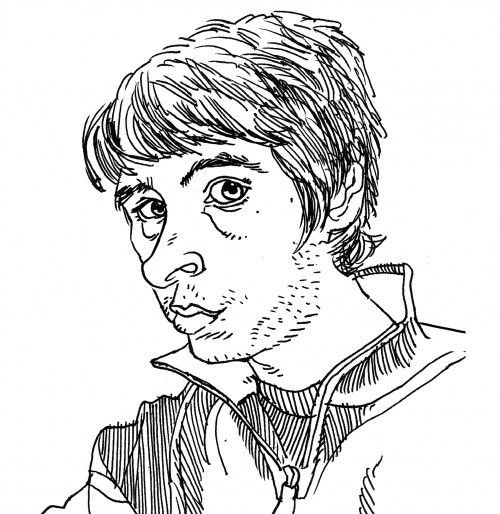 Esteban Hernández was born in 1979 (Ciudad Real-Spain), he graduated in Fine Arts in Valencia where he still lives. While editing his own fanzine called “USTED”, his first album “Culpable e Historias Cortas” was published in Bang Ediciones (2007). Next year “USTED” was nominated as the best fanzine at the Comic Fairs in Barcelona and Madrid, and Dolmen Editorial published his next work “Quattrocento” (2008). After that, a comic book named “Sueter” (2009) was published in Planeta DeAgostini in Spain and Italy. In November 2010 Sin Sentido published ¡Pintor! after it came 3rd in the FNAC-SIN SENTIDO International Contest. Currently he has a new comic book published by Ediciones De Ponent called “El Duelo”. Esteban’s fanzine has also been awarded best fanzine in the 30th International Comic Fair in Barcelona.